So we've been trying to keep up and watch every playthrough we find. And reading through the comments, and listening to the feedback of all you wonderful streamers has inspired me to address a few things commonly noted.

The Specter City Slasher
Our killer's first story was actually a concept album released in 2015, called THE SPECTER CITY SLASHER. Northbury Grove is a prequel to this story. The butcher finishes his business in Northbury Grove, and moves to Specter City with big hopes and dreams.

Spooky Painting
The spooky painting in the factory is actually of a prominent character in the Scythe Saga Universe known as Dr Zaine Grimm. Read up on his history at the Scythe Wikia!

Swimmer's Choice & Bump Cola
Yes, the Swimmer's Choice brand is definitely a joke about semen. However, the context of the joke is oftentimes lost. Scientific studies released some years ago questioned whether Mountain Dew caused a drop in sperm counts. The logo is fashioned to look like the Mountain Dew logo, which also happens to look like text in an egg, and with the tadpoles and frogs...well...

Bump Cola is a reference no one has seemed to catch quite yet. Let's just say Coca-Cola used to use some VERY interesting ingredients in their products. Ingredients that were also really popular in the '80s....

The Butcher Among Us really moves!
The killer has a back story. I'm not sure you'd call it motive...but he has a pretty in-depth story. We haven't gotten into it quite yet, but let's just say he was in a certain....state....during this game....that completely explains his unrelenting speed and incessant rage. In future games we'll be peeling the layers back on both the killer, and many other aspects of the Scythe Saga Universe. There's TONS of story, this is just a drop in an ocean of lore.

Why not jump the fence?
And smash through the gate in Crystal's new car? No way!

Influences Galore
We planted a good amount of Easter eggs in this game. For example, the overhead shots of the car on the intro scene are a nod to Night of the Living Dead, but filmed with a camera style that tributes Evil Dead (as well as the tone we gave the woods.) And that intro narrated by David K Jones? Kind of reminds you of a certain Texas Chainsaw such and such? Also, take note of the Rock the Warehouse sign. Not the one with the car crashed into it, the one further down the trail. Should make you think about lakes and such. I won't even get started on the synthesizer soundtrack, which I crafted with so many different soundtracks in mind.

I'll add anything else I notice cropping up often. Feel free to drop any questions YOU have in the comments, and we'll answer them as best we can!

Thank you for visiting...Northbury Grove. We hope you've survived your stay.

I like to keep my life clean cus im a wuss!

I want to download it but im skeptical. Im okay with death but im not okay with cussing and s##### content.

The game was inspired by '80s slasher films and PS1 horror games. Some people find the game very intense  and others would probably laugh at it. If you don't like Silent Hill, Resident Evil, Friday the 13th, Halloween, Texas Chainsaw Massacre, and similar content this game might not be for you.

(Our game Walls Closing In is far, far more gruesome.)

If you all have a Scythe Saga, then that means you have a story/timeline, so i ask, is this timeline as confusing as FNAF?

Jon here. I write a good chunk of the lore / world building for Scythe. I'm not sure on the story of FNAF, never played any of those games. Does it have really in-depth stuff?

Scythe Saga has lots of different pockets. We're in the process of constructing a WIKI, which will naturally make things much easier to follow. I will say this - not all of the games are INTIMATELY tied together, while some have a direct arc throughout. Stay tuned for the WIKI! Check out all the games, come back and TELL US if the story makes sense, we'd love to know from an outside perspective!

But in simple words, Yes. The game has so much lore that the creator, Scott Cawthon, has hid things to the lore EVERYWHERE! Even his website source code!

Also, you're CAMPing with CRYSTAL. Not sure if there are any LAKEs in the area, though. 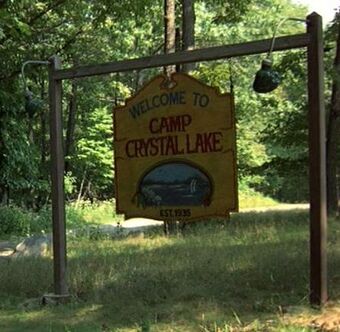 Nice catch, that one was definitely intentional! Did you notice the "Rock the Warehouse" sign?

It's funny. I was debating whether to use the Friday the 13th picture or that one.😅

I finally finished the game! So good. In the post-credits scene, my game suddenly got very laggy as opposed to running smoothly during the main game. Once I got to the top of the stairs, I was greeted by this: 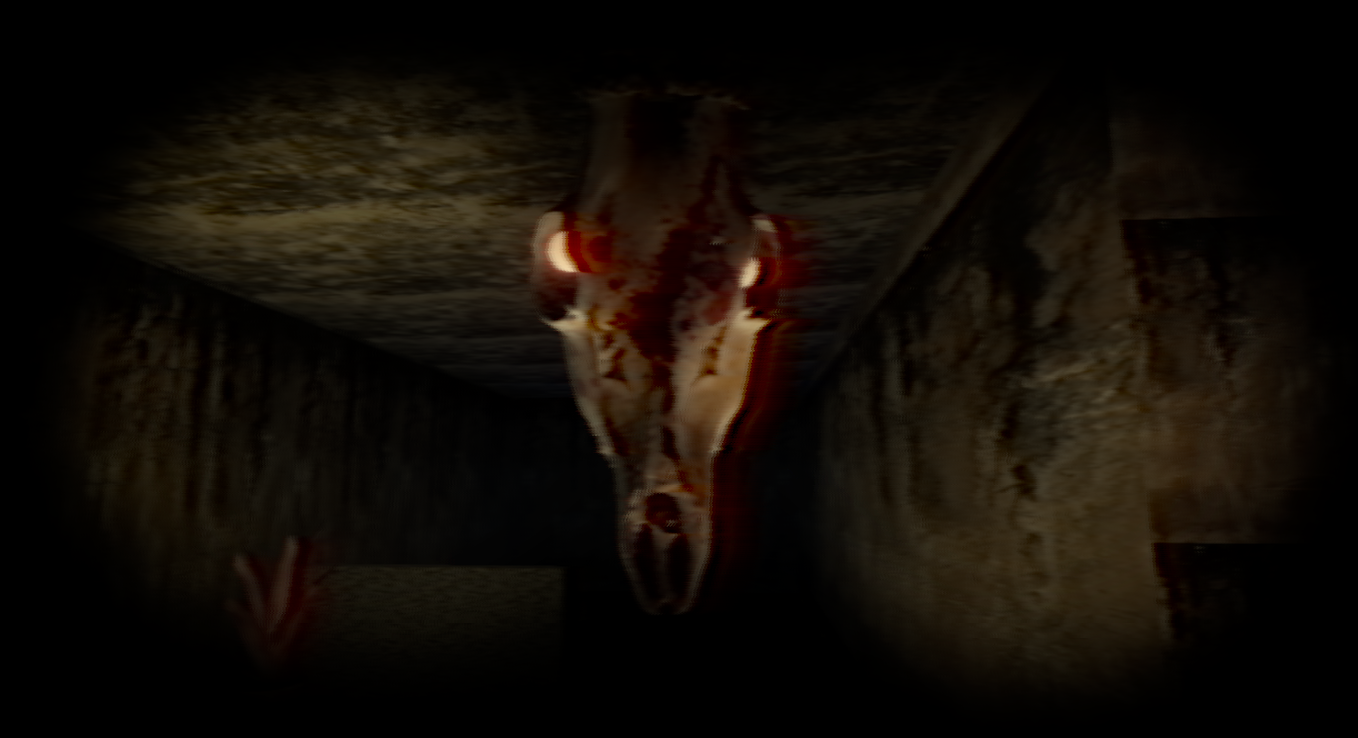 Is this a normal occurrence or a glitch?

I can't speak to the lag (not the programmer typing this particular message, I'll send them over) but the skull floating definitely isn't a glitch, that's meant to be there. The lag isn't, though.

Oh, okay. I thought I was looking at the mask that was currently on my face.

It's basically psychological. It's supposed to be a look into the killer's twisted perspective. "The Void" is represented by the mask, really